I read 36 crime novels this year. All of them would I think qualify as golden age detective fiction. Oddly enough I did not read a single hardboiled crime novel. This may reflect a gradual change in my tastes - the hardboiled style appeals to me less than it once did.

The publication dates of the books I read range from 1894 to 1958. I have tried reading modern crime fiction but mostly it just doesn’t do anything for me and these days I try to confine myself to reading stuff that I’m going to like - or at least to books that there’s a good chance I’ll like.

Picking my ten best reads of the year was tricky, as always. Here’s my list. They’re in publication date, not order of merit. I’ve included links to my reviews.

Anthony Abbot, About the Murder of the Circus Queen (1932)

Erle Stanley Gardner, The Case of the Sulky Girl (1933)

Christopher Bush, The Case of the Second Chance (1946)

If I had to pick one outstanding title from the list it would have to be Sir John Magill’s Last Journey.

The Bow Street Runners, established in 1742, were the predecessors of London’s Metropolitan Police. They feature in John Dickson Carr’s 1962 historical detective novel The Demoniacs. I imagine they must have cropped up in other historical crime fiction although offhand I can’t think of any. Can anyone help me out with other examples?

Seichō Matsumoto (1909-1992) was an extremely prolific Japanese writer of crime fiction who had a huge reputation in his home country. Several of his stories have apparently been translated into English.

Has anyone here read any of Seichō Matsumoto's crime fiction? Any opinions on his writing?

I was recently listening to a commentary track done by James Ellroy for a film noir. Wow, he really comes across as one strange guy. I’ve never read any of his crime fiction? Is it worth reading? Anyone have any specific recommendations?

I’m a huge fan of the occult detective or psychic detective story. This was a very popular sub-genre in the early 20th century, featuring detectives who either investigated crimes that had a possibly supernatural explanation or who used occult powers or what would today be described as paranormal powers to solve crimes.

This sub-genre had pretty much run its course by the 1940s but it’s a type of story with so much obvious appeal that it’s unlikely ever to disappear completely. The TV series The X-Files can be considered to be a late flourishing of the sub-genre.

Are there any notable examples of this kind of story amongst modern crime fiction?

What mystery novels have you been reading recently? Anything you’d care to recommend?

Hope it's okay to post this here. I'm in a challenge community and the challenge was to cast a movie from a favorite book. I wanted to share this with people who might appreciate it, knowing the book. It may seem like I'm having a lark, but I'm quite serious with this casting, as it is one of my most favorite books--as I'm sure you all know, a fantastic English mystery with nobility, consulting detectives, women academics, romance, and spite. Check it out! 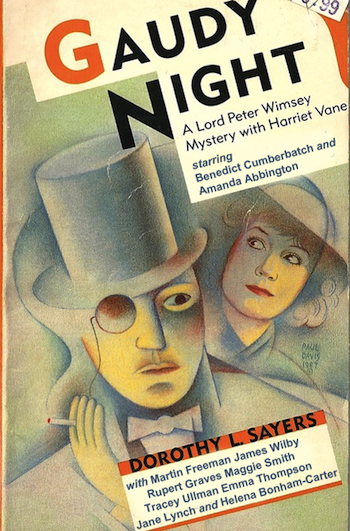 Yes, it has elements of Sherlock BBC....

Did you come across any new mystery writers in 2012? Any promising talents who may do great things in the future?

How significant are awards to you? Would the fact that a book was an Edgar Award winner influence you to buy it?

In the early days of detective fiction the stories did not necessarily involve murder. More often than not the fictional detective was classed on the solve other sorts of crime. Blackmail was quite a popular subject, as were missing persons cases. By the 1920s the focus had shifted almost exclusively to murder. That trend has accelerated since then.

A fictional detective’s powers of deduction can be tested by just about any kind of crime if the author has sufficient imagination.

Do you think there’s too much focus on murder in modern crime fiction?

Are there any good modern crime novels that deal with subjects other than murder?
Collapse